And here are a bunch of guitar solos 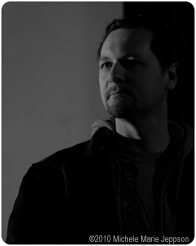 Randin Graves is an award-winning film composer and Fulbright fellow with diverse influences and skills, delivering popular (and very unusual) genres of film and television music from his professional home studio. Equally at home in classical and pop music worlds, he holds a B.A. cum laude in music composition from the well-regarded new music program at the University of California at San Diego, and has played in rock, electronica, folk, reggae, funk, jazz and world fusion bands. He plays guitar, keyboards, the Japanese koto, and is world renowned as an expert on the Australian didgeridoo, having sold CDs and influenced players on every continent – including Antarctica.

His work has appeared on countless CDs & film scores, a video game, theatre and dance performances and a children’s education website. He currently works primarily on films but is open to any creative projects.

I play guitar with Americana Singer-Songwriter Columbia Jones. We recently recorded the single ‘Trouble’ and released this video shot on location in Twin Falls, Idaho. In addition to appearing in it, I shot the main closeup and edited the video. Check out more links HERE ON COLUMBIA’S SITE after you watch the video below.

Yes, I’m slowly whipping up a new website. I’ll post updates on all manner of music that I find myself doing, from didgeridoo to rock guitar to orchestral film scoring. Maybe.